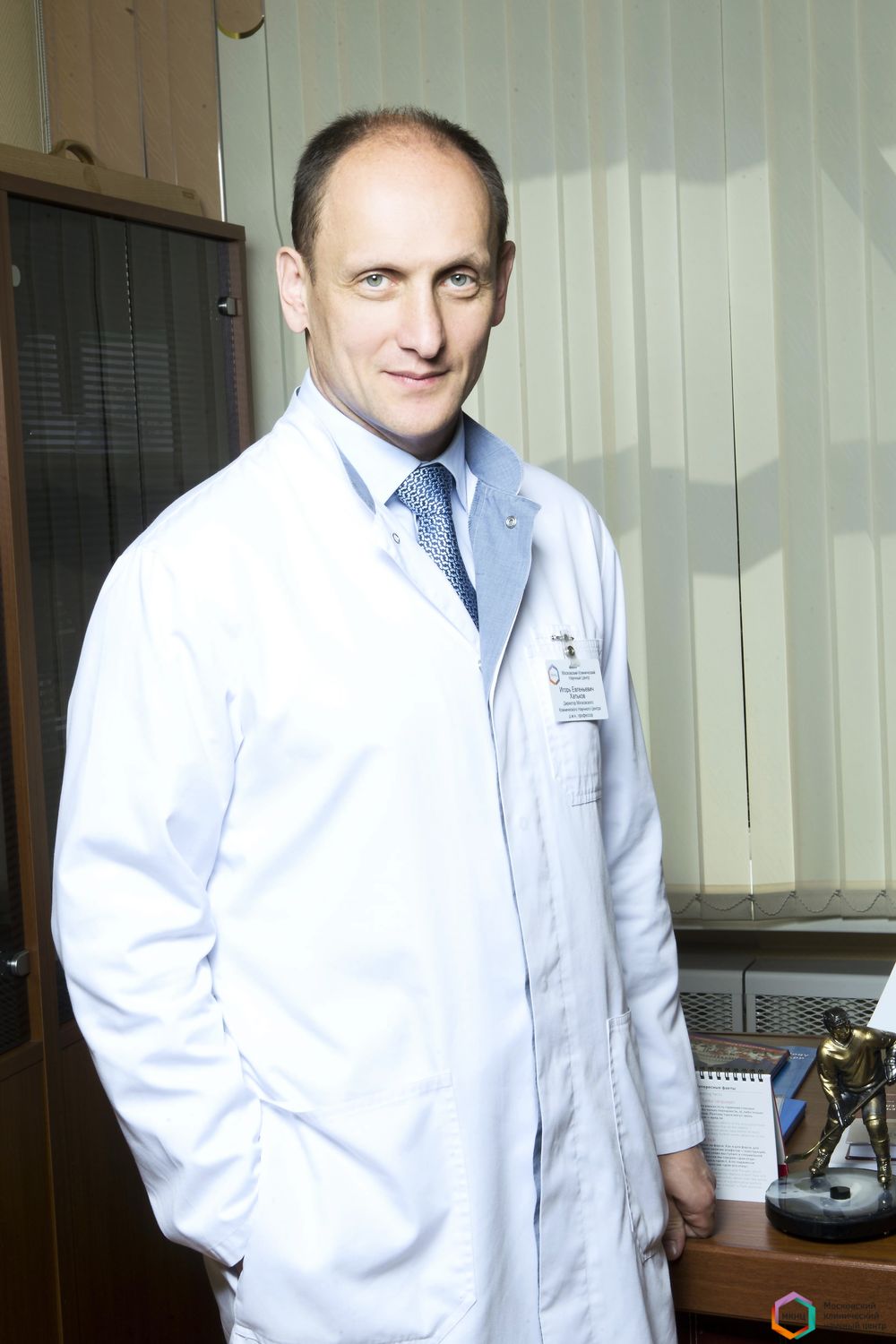 Director of the MCSC

Director of the State Medical Institution "Moscow Clinical Scientific and Practical Center named after A. S. Loginov DZM", Chief freelance specialist-oncologist of the Moscow Department of Health, Head of the Department of Faculty Surgery of the Medical Faculty of Moscow State Medical University, Corresponding Member of the Russian Academy of Sciences, MD, Professor

Expert in laparoscopic abdominal surgery and oncology with the maximum use of minimally invasive technologies, including interventions on the pelvic organs and retroperitoneal space.

Professor Igor E. Khatkov is one of the pioneers in laparoscopic surgery in oncology in Russia (surgery of the stomach, pancreas, colorectal, urological and gynecological interventions). Has experience in performing robotic operations.

Professor Igor E. Khatkov performed laparoscopic pancreatoduodenal resection in Russia for the first time. Today, his experience in performing such operations is one of the greatest in the world.

09.1990-08.1992-clinical residency in the specialty "Surgery" at the Department of Faculty Surgery of the Medical Faculty of the Saratov State Medical Institute.

09.1992-08.1993-postgraduate study at the Department of Faculty Surgery of the Medical Faculty of the Saratov State Medical Institute

2010.  -  Certificate of Honor of the Minister of Health of Russia

two thousand eighteen  -  Certificate of Honor of the Government of Moscow "For a great contribution to the organization and conduct of mass screening of the population in Moscow for the detection, prevention and reduction of oncological diseases"

2017-Diploma of the State Duma "For many years of conscientious work in the healthcare system, high professionalism and loyalty to their work»

2018-Diploma "For outstanding contribution to the development of Moscow Surgery»

Award of the European Association for Endoscopic Surgery.

Diplomas of the European Association of Endoscopic Surgery (EAES).