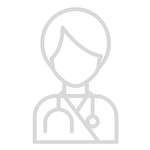 From September 2005 to February 2006-professional retraining in radiology.

From February 2006 to April 2013, he was a radiologist at the Central Research Institute of Gastroenterology of the DZM

April 2013-July 2013 LMS clinic position of Head of the Department of Radiation Diagnostics.

I know the techniques:

Co-author of more than 20 scientific papers, including monographs on various issues of radiation diagnostics.