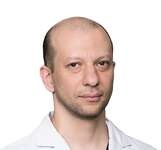 Education:
2006-graduated from the Medical Faculty of the Russian state medical university named after N. I. Pirogov with a degree in medical science.
2006-2008 - aacademic residency in "RSC named after N. N. Blokhin", Department of radiosurgery.
2008-2011-academic postgraduate studies at the N. N. Blokhin Russian Research Center, Department of radiosurgery.
2015-defended his thesis on the topic: "immediate and long-term results of surgical treatment of patients with tumors of the organs of the biliopancreatoduodenal zone."

The main scientific and clinical activities are devoted to improving the results of treatment of patients with Tumor Diseases of the female reproductive system, non-organ tumors of the pelvis and abdominal cavity, malignant neoplasms of the gastrointestinal tract.