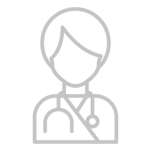 From 2014 to 2016-clinical residency in the specialty "therapy" GBUZ MCSC named after A. S. Loginov dzm

2016-primary retraining in the specialty "Rheumatology" Moscow State Medical University named after A. I. Evdokimov

From 11.2017 to 03.2018-primary retraining under the program "ultrasound diagnostics" GBUZ MCSC named after A. S. Loginov dzm

03.2021-advanced training in the program "ultrasound diagnostics of degenerative and microcrystalline arthritis" of the V. A. Nasonova Research Institute

Member of the Association of rheumatologists of Russia

Scientific activity:
Author of 2 scientific articles
Currently, work is underway on the study " frequency and predictors of inflammatory bowel disease in patients with ankylosing spondylitis."

Branch of MCSC named after A. S. Loginov on Pavlov