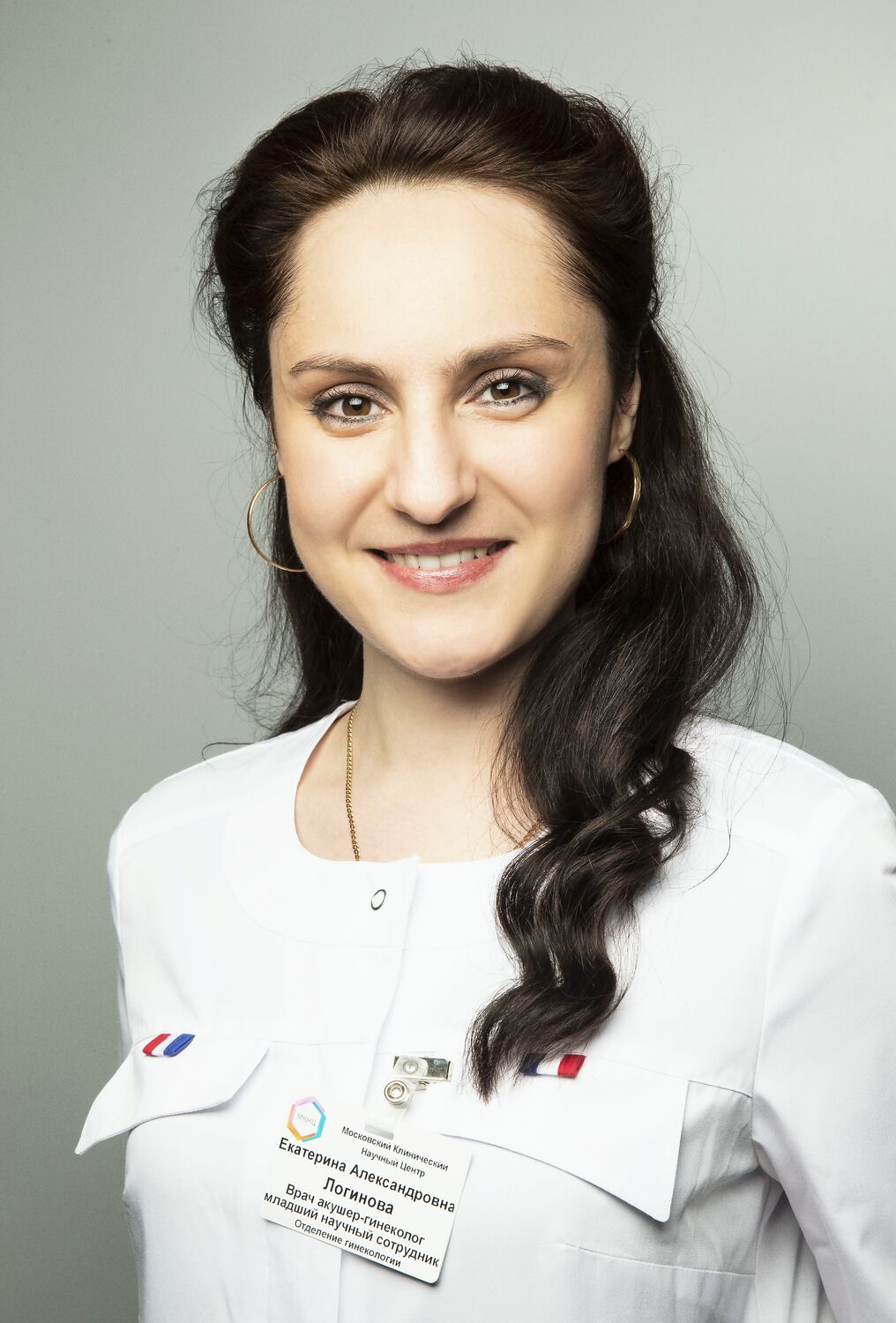 Work experience in the specialty "Obstetrics and Gynecology" - more than 5 years.

In 2012, she graduated with honors Ryazan State Medical University named after Academician I. P. Pavlov, majoring in "Medical science".

2014-2017-full-time postgraduate study in the specialty "Obstetrics and Gynecology"on the basis of the Department of Endoscopic Surgery of the MONIAG under the guidance of Professor Alexander Popov, MD.

In 2016-advanced training in the direction of "Diagnostic and operative hysteroscopy. Operative laparoscopy" on the basis of the Department of Endoscopic Surgery of the MONIAG.

2012-2014-Resident physician at the Moscow Regional Research Institute of Obstetrics and Gynecology.

2014-2017-duty obstetrician-gynecologist in the observational obstetric department of the MONIAG.

2016-2017-obstetrician-gynecologist in the surgical hospital of the Moskvorechye Clinic CJSC (General Director, Glav.  doctor of Medical Sciences, Prof. Popov A. A.).

Since 2017-obstetrician-gynecologist, junior researcher of the Laboratory of Gynecology at the Moscow Clinical Scientific and Practical Center named after A. S. Loginov DZM.

He is the author of more than 20 scientific publications in both domestic and foreign sources.

As part of the team of authors (MD. Popov A. A., MD. Budykina T. S., Loginova E. A.) in 2017, she submitted an application for the invention of "A method for preventing thromboembolic complications in the postoperative period in patients with morbid obesity during laparoscopic hysterectomy".

He has all types of surgical treatment of diseases of the uterus and appendages (infertility, fibroids, ovarian cysts, endometriosis, endometrial and cervical pathology, urinary incontinence) with laparoscopic, hysteroscopic, vaginal and laparotomic approaches.

The field of practical interest includes: