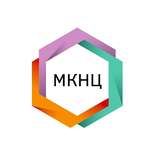 Surgical treatment of malignant neoplasms of the urinary tract and the male reproductive system, laparoscopic and robotic surgery in urology.

Education:
Born in 1963. In 1980, he graduated from the II MOLGMI named after N. I. Pirogov with honors. In 1986-88, he was trained in clinical residency at the Department of Urology and Operative Nephrology of the II MOLGMI named after N. I. Pirogov (Head of the Department of Acad. AMN of the USSR N. A. Lopatkin). After completing his residency, he worked as a urologist at the State Clinical Hospital No. 70, 67, and the War Veterans ' Hospital No. 3. From 1995 to 2015, he worked as a urologist, and since 2006, as the head of the Department of Urology and Oncourology at the Clinical Hospital No. 6 (later the Burnazyan Federal Medical Center of the FMBA of Russia).
Since 2016, he has been working as the head of the Laboratory of Oncourology at the MCSC. Loginova DZM (Director, corresponding member) Russian Academy of Sciences prof. I. E. Khatkov).
Since 2009, he has been trained in laparoscopic training centers in Elancourt and Strasbourg, and in 2010, he also completed a month-long internship at the Heilbronn Clinic (Prof. Rassweiler), repeatedly visited the leading urological centers in Europe (Clinic of Urology of the University of Leipzig, Prof. Stolzenburg, Tenon Hospital, Prof. Traxer, etc.).
In 2016, he was trained at the Center for Robotic Surgery in Strasbourg.

Research activities:
In 2006, he defended his PhD thesis on the issues of small bowel plastic surgery of the bladder. The monograph "Orthotopic enteroneocystis of low pressure" (co-authored with prof.A.V. Morozov) was published on the topic of the dissertation, and about 20 printed works were published.
Two patents were registered: "A method for the treatment of superficial malignant formations of the bladder" and "A device for draining the bladder".

Medical Association memberships:
Member of the Russian Society of Oncourologists, the European Society of Urologists.