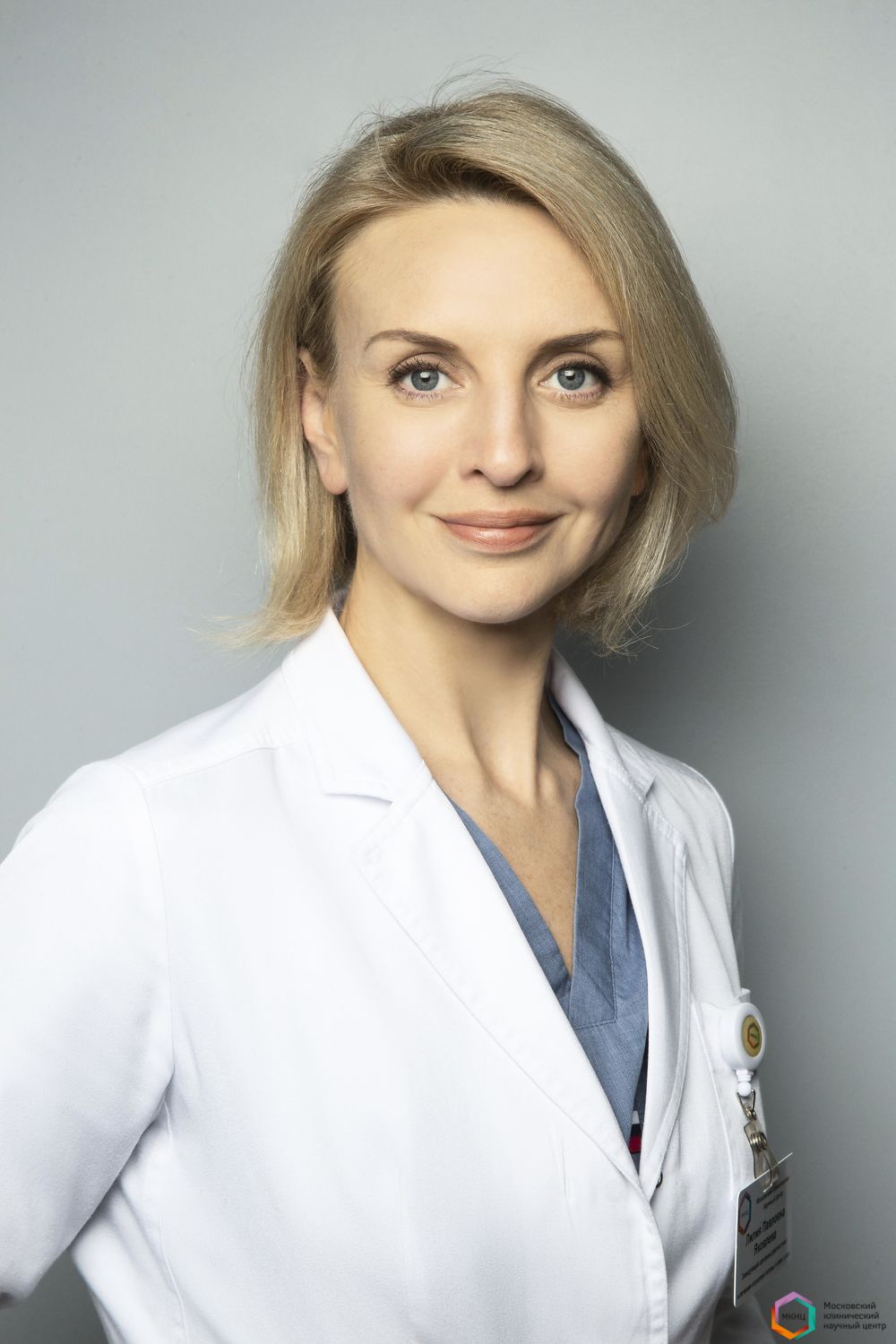 Head of the center

After studying at the Krasnoyarsk State Medical Academy (1977) and completing her specialization in otorhinolaryngology (1998), since 2000 she has been studying in a Clinical residency in Oncology at the Department of the Russian Academy of Sciences Postgraduate education at the Russian Cancer Research Center named after N. N. Blokhin of the Russian Academy of Medical Sciences. On the basis of the same center in 2005, she completed a clinical postgraduate course in Oncology and in 2005 defended her PhD thesis on the topic: "Complex radiation diagnostics of locally advanced thyroid cancer", dedicated to the diagnosis and surgical treatment of thyroid tumors with spread to the mediastinum. In 2006, she successively completed additional specialization in maxillofacial and general surgery. Until 2017, she worked as a surgeon-oncologist and researcher at the Department of Tumors of the Upper Respiratory and Digestive Tracts of the N. N. Blokhin Russian Research Center of the Russian Academy of Medical Sciences. Since 2017, she has headed the Surgical Department of Head and Neck Tumors of the State Medical Institution of the MCSC named after A. S. Loginov DZM. Candidate of Medical Sciences.