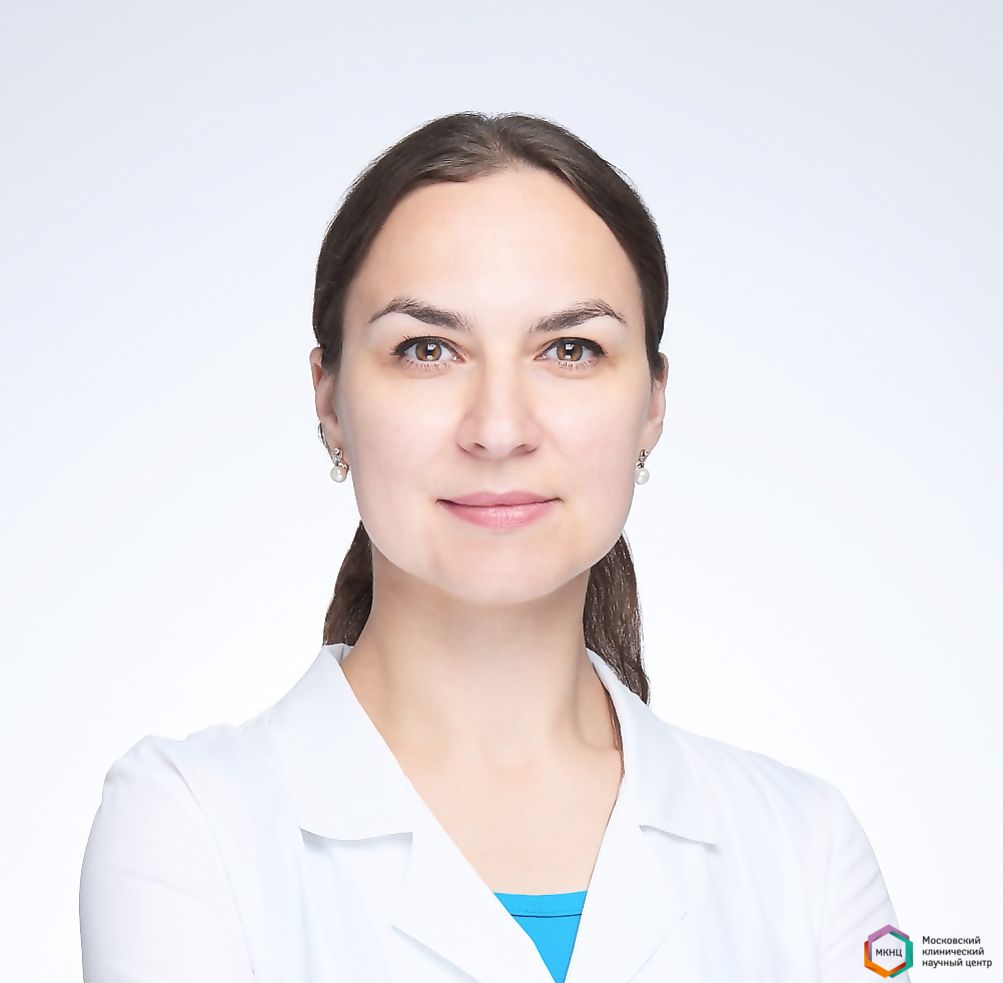 Education: From 2004 to 2005, she completed a research internship under a Grant from the President of the Russian Federation in the Genetic Laboratory of the Department of Pathology and Laboratory Medicine of the Center for Children's and Women's Health of British Columbia, University of British Columbia (Vancouver, Canada).

In 2006, she graduated from the Faculty of training of scientific and scientific-pedagogical personnel of the Moscow State Medical Academy named after I. M. Sechenov, diploma with honors, doctor in the specialty "medical care". The thesis on "Hereditary hemochromatosis in young people" (Moscow, Russia) was completed.

From 2006 to 2008, she completed a clinical residency in the specialty "geneticist" at the State Medical and Genetic Research Center of the Russian Academy of Medical Sciences (Moscow, Russia).

In 2013, she completed a planned professional development in the specialty "doctor-geneticist" on the basis of the State Educational Institution DPO RMAPO (Moscow, Russia). In 2014. advanced training in connection with teaching activities on the basis of the First Sechenov Moscow State Medical University in the course "Psychological and pedagogical foundations of higher medical and pharmaceutical education" (Moscow, Russia).

Work experience: From 2006 to 2010, she worked as a researcher in the Laboratory of Mutagenesis, State Medical and Genetic Research Center of the Russian Academy of Medical Sciences (Moscow, Russia). From 2007 to 2012 - geneticist, LLC "Independent Laboratory INVITRO" (Moscow, Russia).

From 2012 to 2017. She headed the Medical and genetic service at the Center for Genetics and Regenerative Medicine of the Human Stem Cell Institute, the Genetico Medical Center and Laboratory (Moscow, Russia). From 2010 to the present, he has been teaching first as an assistant, then as an associate professor of the Department of Medical Genetics, I. M. Sechenov First Moscow State Medical University (Moscow, Russia).

Since 2017-conducts a medical appointment in the center of personalized medicine on the basis of the State Medical Institution of the Moscow State Medical Center named after A. S. Loginov DZM.

Activity: Every year, he presents materials of scientific and practical work at Russian and foreign congresses and conferences.

Research interests, professional skills: He has many years of experience in medical and genetic counseling on the diagnosis of chromosomal and monogenic pathology. Works with the use of methods for detecting a genetic predisposition to the development of multifactorial diseases. Advises married couples on male and female infertility factors, as well as pregnant women at high risk for the birth of a child with a congenital pathology. Special professional interest is concentrated in the field of preventive personalized medicine. As part of the work with complex diagnostic cases, he has experience in applying the technique of parallel high-performance sequencing (including full-exome and full-genome sequencing) (NGS) and clinical interpretation of the results of the examination. He has more than 40 scientific publications in Russian and foreign publications.